The Top 100 Instrumental Charts will show visitors to this site at a glance which instrumentals were the most popular for the following decades or years:

It is our goal to provide you with the most accurate information on the popularity of instrumental records on the charts based on certain criteria. The same criteria is used for every chart on this site.

We need to define what is an instrumental. For a song to be considered (or qualify) on any of the instrumental charts, it has to have no vocals for 90% or more on the entire record. The vast majority of these songs have no vocals at all. 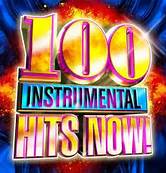 Criteria Used In The Rankings

The basic criteria used for all ranking of all instrumental songs to break any ties:

Using this criteria is the most fairest way to rank the popularity of any song regardless of the decade being examined.

While growing up, I was fascinated with them. Also, I liked many of them when they were being played on the radio. It intrigued me as how each of these songs ranked and which songs were the most popular in the the decades, in which many of the instrumentals were recorded and released to the public. 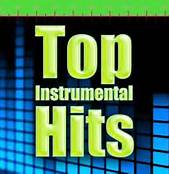 As you can see, the number of instrumentals for the above decades are in () and were not a very popular format after the decade of the seventies.

In case you may be wondering about the breakdown of the instrumentals by decade, I have included that information below:

I think you will agree that reviewing these top 100 instrumental charts will bring back many memories. And, at the same time, give you information, at a glance, on how popular these songs were.

Back to the top 100 songs of all time home page.