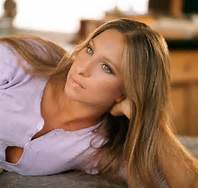 This is a review of Barbra Streisand greatest hits and her career as a successful singer-songwriter, actress, author, writer, film producer, and director. According to Recording Industry Association of America (RIAA), he has sold over 71.5 million albums in the United State and 145 million records worldwide, and she is the best-selling female artist on the RIAA Top Selling Album Artists list.

She was born Barbara Joan Streisand on April 24, 1942 in Williamsburg, Brooklyn, New York, the daughter of Diana and Emanuel Streisand. She changed her name to Barbra Joan Streisand when she was eighteen years old because she hated the name. She dropped the “a” from Barbara to be unique. 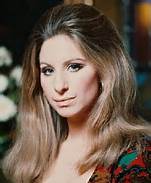 When Barbra was fifteen months old her father died of complications from an epileptic seizure and the family fell into near-poverty. She has an older brother “Sheldon” and a half-sister, the singer “Roslyn Kind”. Barbra went to the Jewish Orthodox Yeshiva of Brooklyn, giving solo performance at the age of seven. She attended the Erasmus Hall High School in Brooklyn and joined the Freshman Chorus and Choral Club.

Barbra Streisand became a nightclub singer while in her teens. She wanted to be an actress so bad that she appeared in “Summer Stock” and in a number of Off-Off Broadway productions. Her boyfriend, “Barry Dennen”, helped her create a club act – first performed at The Lion, a popular gay nightclub in Manhattan’s Greenwich Village in 1960 – and she achieved success as a singer. 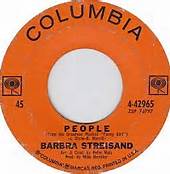 Streisand returned to Broadway in 1964 with an acclaimed performance as entertainer “Fanny Brice” in “Funny Girl” at the “Winter Garden Theatre.” The show introduced two of her signature songs, “People” and “Don’t Rain on My Parade.” The song “People” was her first top ten hit on Billboard’s Hot 100 chart topping out at number 5, in 1964, and stayed on the charts for 19 weeks. This was her break through hit of her career. Her next top ten hit was six years later with a song “Stoney End” in 1970 and reached #6. 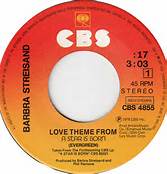 Barbra Streisand has won two Academy Awards, fifteen Grammy Awards, five Emmy Awards including one Daytime Emmy, a Special Tony Award, an American Film Institute award, a Kennedy Center Honors award, a Peabody Award, and is one of the few entertainers who have won an Oscar, Emmy, Grammy, and Tony Award in their lifetime. She received the Legend Award in 1992, and the Lifetime Achievement in 1995.

According to the RIAA, Streisand holds the record for the most top-ten albums of any female recording artist – a total of 32 since 1963. Streisand has the widest span (48 years) between first and latest top-ten albums of any female recording artist. With her 2009 album, “Love Is the Answer”, she became one of the rare artists to achieve number-one albums in five consecutive decades. According to the RIAA, she has released 51 Gold albums, 30 Platinum albums, and 13 Multi-Platinum albums in the United States. 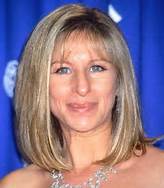 Below is a complete listing of all of Barbra’s number one and top ten hits on both the Hot 100 and Adult Contemporary charts. The list will consist of the Title, Date, Weeks at #1, #2, #3 in (), with #1 songs in bold.

Besides her wonderful singing career, she also had a successful film career as well. She performed in the following films in order of their release and her role in ():

She won an Oscar for Best Actress in “Funny Girl” and one for songwriting with “Evergreen.” In total, she was nominated for five Oscars and won two.

. This album that contains 40 tracks and is also available in MP3 format.

As an Amazon associate I earn from qualified purchases.

You can shop for individual Barbra Streisand Greatest Hits

by clicking on the link. You will be taken to Amazon Try Prime Digital Music where you can download any of Barbra’s individual hits missing from your collection for a small fee.